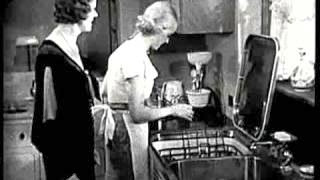 Heck, Bette Davis showed off her General Electric appliances in 1933 in a three-minute long commercial that you can watch on YouTube.  That's her--very blonde--on the right.
But it was television that created the celebrity endorsements Boomers remember. 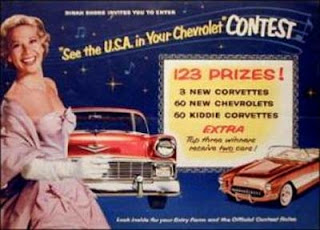 Like Dinah Shore singing "See the USA in your Chevrolet." (You can watch a full 90-second commercial from 1952 on YouTube.)
In fact, Dinah was so closely associated with Chevrolet that when her 15-minute TV show expanded to an hour in 1956 and stayed that way for seven years, it was called The Dinah Shore Chevy Show.
Those old commercials may look and sound a bit cheesy now, but in the mid-1950s they were state-of-the-art. The jingles and slogans stand out in our memories . . . and they worked! With or without celebrities, when products appeared on television--any products, from PlayDoh to convertibles--sales took off into the stratosphere.
Of course, fifty or sixty years later, the glimpses of very young or very old stars makes the vintage ads all the more interesting. Vaudeville comedians, glamorous sex symbols, sitcom stars back before "sitcom" was a word, and serious actors all took a turn selling shampoo, cars, food, and more on TV.
Back then, the host of a TV show didn't always cut to a commercial--they often held up the sponsor's product and told viewers how great it was. Or, like Jack Benny and Arthur Godfrey, they'd work a mention of the sponsor into their opening monologue or sign-off.
Here are links to some nearly-forgotten classic commercials; 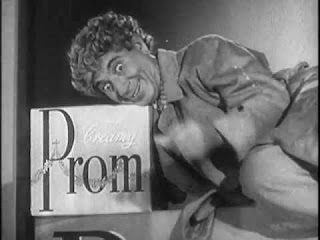 Remember when Art Linkletter's picture appeared on the money that came with your Life game? Now that was a unique gimmick! Linkletter advertised the game on his two shows (People Are Funny and House Party) on two different networks (NBC and CBS, respectively), so his name and picture went on the game's $100,000 bills. And he got some real cash as well.
We might share more in another post someday but first, here's a word from our sponsor: 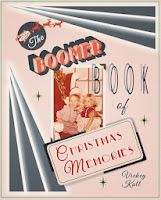 , tells the hidden histories behind Baby Boomer traditions like aluminum trees, Green Bean Casseroles, the TV specials and songs of the 50s and 60s, and of course, all those wonderful toys--including Life games and Chatty Cathys.
The Boomer Book of Christmas Memories

is available as both a print or eBook--both in full color.
Posted by Debra Ann Pawlak at 1:24 PM 6 comments: