Recently, there has been lots of buzz about the new Lone Ranger movie starring Armie Hammer and Johnny Depp.  Most of us boomers will remember the old black and white television show with Clayton Moore in the title role and Jay Silverheels as Tonto.  The series ran from 1949-1957, but even before that, The Lone Ranger was a wildly popular radio show that originated in Detroit at WXYZ radio.


The Lone Ranger was the brainchild of ex-lawyer George W. Trendle (the ‘W’ stood for Washington) and writer Fran Striker (a man).  Trendle envisioned a western show with a wholesome masked hero that childen could look up to.  Stryker ran with the idea developing the characters and scripts.  The first installment aired on January 30, 1933 and was carried by several Michigan radio stations.  While Tonto was portrayed by senior actor John Todd for the duration of the series, the Texas ranger’s voice was originally provided by actor John L. Barrett and then another actor, George Stenius who briefly took over.  By May of that year, Trendle and Striker knew they had a bona fide hit on their hands and they brought in little-known actor Earle Graser in the title role.
Graser, a graduate of Detroit’s Wayne State University, was born in Kitchener, Ontario, Canada in 1909.  A slight man, he did not fit the image of a western hero (see photo below) so he was told to keep a low profile in public.  Beginning on May 16, 1933 until his untimely death eight years later, Graser never missed a performance—all of which were broadcast live three days a week.  Graser lived in Farmington, Michigan (just up the street from me—honest) with his wife and daughter.  In the early hours of April 8, 1941, he was driving home from the radio station when he fell asleep at the wheel.  He struck a parked truck on Grand River Avenue in downtown Farmington and was killed just a few days shy of his 38th birthday.


For the next several episodes, a critically wounded Lone Ranger could not speak above a whisper and Tonto took charge until Brace Beemer filled the void.  Beemer stayed with the role for 13 years until the radio series finally ended on September 3, 1954.
And just in case, you didn’t know, Trendle and Striker were also the men behind another masked hero, Britt Reid aka The Green Hornet and a descendent of The Lone Ranger whose real name was John Reid. 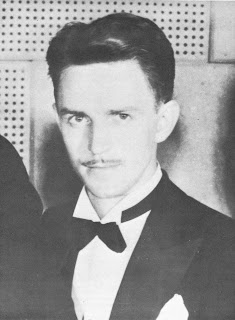 Since this past week marked the 114th birthday of legendary producer Irving Grant Thalberg, I thought it would be fitting to dedicate this blog to him and his early years:


Thalberg’s story began on May 30, 1899 in Brooklyn, New York.  William, his father, was a passive man who imported lace and often gave in to his ambitious wife, Henrietta, whose family owned a store in New York.  Disappointed in her husband’s laid-back attitude, Henrietta focused on her son hoping to transfer some of her drive onto him.  When doctors diagnosed the baby with a serious congenital heart defect, they warned that Irving probably wouldn’t live much past his 30th birthday.  William resigned himself to Irving’s poor health, but Henrietta had other ideas.  Her son would not be an invalid.
The young lad spent his first seven years in bed while his mother took charge.  She bathed, massaged, and encouraged him with the intent that one day he’d actually go to school.  When that day finally came, doctors cautioned against it, but Henrietta wouldn’t listen.  She firmly believed that her son had a special purpose and needed a formal education to propel him into the future.


Henrietta was right.  Despite his physical shortcomings, Thalberg excelled intellectually.  A fervent reader, he devoured books and came to understand the makings of a good story.  After a bout of rheumatic fever, which further damaged his already weak heart, Thalberg graduated from high school and enrolled in secretarial classes, which eventually gave him a one-way ticket to Hollywood.
After completing his classes, Thalberg hired in as a secretary at the Universal Film Manufacturing Company founded by Carl Laemmle.  Before long, Thalberg was promoted to the prestigious position of Laemmle’s own secretary.  In between taking care of his boss, scheduling appointments and handling correspondence, Thalberg previewed movies along with Laemmle who came to value his assistant’s opinions.


With trouble brewing in the California studio, Laemmle and Thalberg headed west to settle the matter.  With three middle-aged executives in charge of the company, Universal’s bottom line was suffering.  Laemmle gave Thalberg the job of fixing it.  After six months, Thalberg’s answer was simple—have one man in charge, not three.  Laemmle gave Thalberg the job.  At the tender of age of 20, Irving Grant Thalberg was running Universal Studio.  Not yet of legal age, this sickly boy from New York who was still dependent on his mother was about to change the way Hollywood worked and create a filmmaking legend that has yet to be equaled. 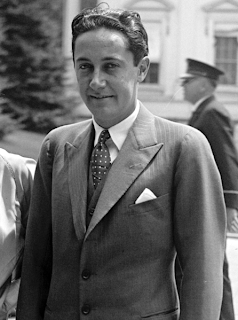