He couldn’t read music.  He never took a single dance lesson.  He did, however, drink martinis in the bathtub where he often found inspiration to create the most lavish production numbers ever seen on the silver screen.  Busby Berkeley was surely outrageous, but the dance routines he dreamed up remain unmatched.


After graduating from military school in 1914, Berkeley found work in a shoe factory.  Making shoes was not exactly what he had in mind, so three years later he enlisted in the U.S. Army and went to France during the First World War.  While there, he conducted military drills.  Not happy with the same old routines, Berkeley designed new ones.  He taught 1200 men a ‘trick’ drill explaining each movement by numbers.  His method allowed the drill to be completed in silence.  It was an amazing sight to see such a large number of soldiers marching in patterns without hearing any orders.  It was also the beginning of Berkeley’s magic.
After completing his military service, he brought his skills to Broadway and by 1928, he was the hottest dance director in New York.  Hollywood took note.  Filmmaker Sam Goldwyn hired Berkeley to direct production numbers in the movie version of Ziegfeld’s Whoopee (1930).  He found the work challenging so he stayed on with Goldwyn for two more years as a dance director, but it was after moving to Warner Bros. in 1933 where he made movie history.


42nd Street (1933) was a festival of music and Berkeley’s first major Hollywood triumph.  He dared to be different using dozens of women to form complex geometric patterns as he moved the camera itself, allowing the audience to view the action from all sorts of angles.  42nd Street was followed by Gold Diggers of 1933 (1933) and Footlight Parade (1933).  The dazzling costumes and showy sets created a unique imagery new to filmgoers.
Berkeley spent up to $10,000 (about $175,000 today) for each minute of his flamboyant production numbers with Warner Bros. footing the bill.  He had a monorail built for overhead tracking shots.  He used cranes, hoists and aerial platforms.  He even cut holes in the roofs of the sound stages in order to achieve the necessary height for his kaleidoscope-like shots.   In the midst of all this equipment, he never used more than one camera.  While filming Cain and Mabel (1936) with Clark Gable and Marion Davis, Berkeley outdid himself.  He cut the sound stage off at its base and raised it with enormous jacks, enabling him to film one of the dance numbers exactly as he envisioned it.  Davies’ lover, William Randolph Hearst, picked up the $100,000 tab without so much as a blink.


Springing from the Great Depression, Busby Berkeley musicals brought joy and hope to despairing Americans.  Even today, one of his productions can still make toes tap and lips smile.  Oh, and did I ever tell you where he got that name?  He was named after actress Amy Busby, a member of the Tim Frawley Repertory Company where his parents worked.  It turned out to be an appropriate name for a one-of-a-kind showman who got his best ideas relaxing in the bathtub with martinis. 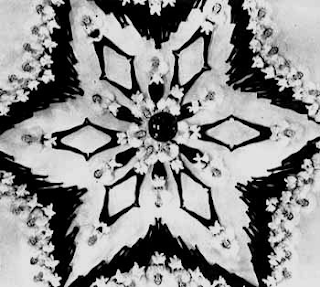 What Came First--The Chicken or the Movie Star?

When Carl Laemmle decided to move his production company westward, he chose a site in the San Fernando Valley, just ten miles outside of Los Angeles.  In March 1914, he paid $165,000 for the land and broke ground the following October.  A new city was founded for one sole purpose—to make movies.


On March 15, 1915, in front of a large crowd, the American flag was raised and 48-year-old Laemmle officiated at the opening of Universal City.  Laura Oakley, Universal's first police chief, gave Laemmle a key to the city.  Within these city limits was a main street that ran for six miles and included all sorts of building styles:  English colonial, French provincial, Japanese teahouses and Italian villas.  In addition to the police department, there was a fire brigade, a bus system and a school attended by child stars, as well as employees’ children.   Two restaurants that served 1,000 customers a day also opened.  There were also blacksmith, tailor and leather shops, along with garages, mills and apothecaries.
Throughout the next 20 years, there was also talent.  Harold Lloyd was an extra.  Lon Chaney and Rudolph Valentino got their start at Universal along with Bette Davis.  Directors such as Allen Dwan and Erich Von Stroheim worked for Laemmle.  Universal also claimed William Powell, ZaSu Pitts, Buck Jones and Boris Karloff.  And then there were the chickens!  As proud as he was of his talented crew, Laemmle was even prouder of his white chickens.  The Universal chickens lived in a clean, whitewashed hatchery where they laid their eggs—which Laemmle then sold to his employees.


Despite Universal’s success with many major features such as Phantom of the Opera (1925), Dracula (1931) and Frankenstein (1931), the studio suffered financially.  Faced with debt in March 1935, Laemmle was forced to sell his studio to a group of financiers for five and a half million dollars.  The new owners requested an audit and found two dead men on the payroll, employees who only came to work to collect their paychecks and some who came to work, but had no job.  The audit also revealed 70 relatives on the payroll, as well as some who actually lived on the lot.  They were all evicted and the last family members to leave were Laemmle’s widowed sister-in-law and her daughter; they had been living at the studio in a three-bedroom house with furniture taken from the prop department.
There’s one more thing you should know about Carl Laemmle:  he realized how curious people were about the making of moving pictures and was the first to allow the public inside a studio.  It was a great bargain at the time—just 25 cents.  If the paying visitor was lucky, he or she even got cast as an extra for no added charge.  So the next time you visit Universal Studios, silently thank Carl Laemmle.  He’d be pleased to know that you remembered him. 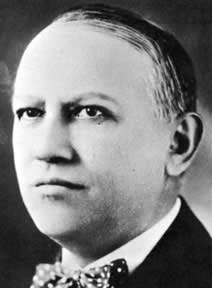 Posted by Debra Ann Pawlak at 8:35 PM No comments: