I usually don’t blog much about myself, but a few weeks ago, I published a post about finding family after 50 years of wondering where they were.  To my surprise, readers were interested!  I was even encouraged to write more about me.  Who knew?  So today, I decided to tell you all about a picture project I recently finished and how that exercise helped me meet two strangers—my father and mother.


Like many of you, I have lots of old black and white photos that have been sitting in boxes for decades—great-grandparents, grandparents, weddings, birthdays, holidays, etc.  Occasionally, I pull them out to peak at the past.  For me, my past includes two parents I never really knew.  My mother died when I was three, leaving me with very vague memories of her.  I have no idea what her voice sounded like or what made her laugh.  I only know what other people have told me, but these stories are their memories not mine.  I do remember my dad—Hollywood handsome, funny and with a silly streak that I believe I inherited.  Very young and unable to cope with my mother’s death, he left me in the care of her parents.  No blame.  No anger.  I wish he had stayed a part of my life, but he didn’t and that’s just how it was.
As my parents’ only child, I have their wedding album—an oversized blue book that captures the highlights of that summer day in 1953.  I also have envelope after envelope of candid shots taken in the church and the hall so I decided to buy a photo album and put all of these loose wedding pictures together.  After hours of sorting and assembling, I found two people who were obviously in love and made each other very happy.
Starting with their wedding shower, I saw them unwrap gifts and smile at their good fortune.  Next, I discovered that they had a party the night before the wedding at my grandparents’ house complete with folding chairs set up in the backyard and beer!  My mother had written ‘bridal dinner’ on the envelope I found them in.  Then there were scads of pictures of their wedding day—the fun they had getting ready, the solemn church service and finally, the reception.  I saw them cut their cake, dance their first dance, and share a kiss—I could almost hear the clanging utensils that must have gone along with it.

The next day, according to another envelope my mother had written on, they left for their honeymoon—Niagara Falls.  I had always known about this honeymoon destination (after all, it was a popular one in the fifties), but what I didn’t know was that they also traveled to New York City.  You can’t imagine how surprised I was to see my mother sitting in front of the Statue of Liberty and visiting Central Park—places I’ve been myself.  And she was smiling as my dad snapped away.  They even took pictures of each other standing at a hotel elevator and in unknown restaurants where they must have grabbed a bite and a drink.


Somehow, after I was finished with my new photo book of old pictures, these two people, whose time together was cut short, came alive for the very first time.  No longer strangers, I finally met my parents. 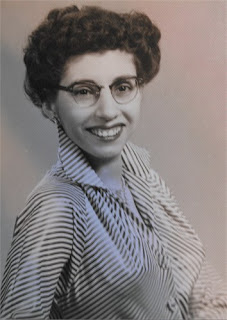 Jean Baptiste Charbonneau, better known as Pomp, was only 8 weeks old when he joined Lewis and Clark on their great expedition traveling west on his mother’s back.  The son of Sacagawea and her French-Canadian fur trapper husband, Toussaint Charbonneau, Pomp had but one calling:  adventurer extraordinaire.


As an infant and toddler, Pomp won the hearts of the rugged men who traveled west with The Corps of Discovery.  It wasn’t unusual to find any one f them bouncing Pomp on his knee.  William Clark took an exceptional liking to the boy and, after their expedition, offered to raise Pomp as his own.  He assured Sacagawea and Charbonneau that their son would get a good education.  Trusting Clark as a man of his word, they left Pomp in his care.
Raised in St. Louis, Missouri by Clark, Pomp was a student of classical literature, math and science.  Not only could he read and write in English, but he also mastered Greek and Latin, as well as the violin.  Despite his formal education, however, young Pomp was still Charbonneau’s son.   At the age of 16, he joined the Missouri Fur Company and headed west to seek his fortune.


In 1823, he met Duke Paul Wilhelm, a young German noble, also known as Prince Paul and the nephew of the King of Wurttemberg.  Prince Paul had come to America to study the unique wild plants and animals native to the western territories.  The two men drummed up a great friendship and when Prince Paul returned to Germany, Pomp went with him.  Once in Wurttemberg, the pair was welcomed into the royal fold.  It’s even said that Pomp played his violin for Beethoven at one particularly grand soiree.
After Prince Paul married Princess Sophie Von Turn und Taxis in 1827, he invited Pomp to move into their recently renovated castle.  Pomp then learned to speak German, Spanish and Italian while traveling throughout Europe and Africa with Prince Paul.  The princess didn’t approve of their wanderlust and the couple separated.  Pomp eventually returned to the United States preferring the life of a mountain man to that of an aristocrat.


For the next 15 years, Pomp worked with Antoine Robidoux’s fur brigade trapping beaver for their fashionable pelts.  Known for his quick thinking and cleverness, as well as his outgoing personality, he made friends with the likes of Joe Meek, Jim Bridger and the legendary Kit Carson.  By the 1840s, mountain men faced extinction as beaver fur became passé so Pomp moved on.
With his multi-lingual abilities, his vast knowledge of the west and his keen hunting skills, he soon found work as a guide.  The U.S. Army even hired him in 1846 to escort the Mormon Battalion from Santa Fe, New Mexico to San Diego, California during the war with Mexico.  Once on the west coast, Pomp became Alcalde, or mayor, of Mission San Luis Rey.  Because he was part Native American, however, local white men accused him of playing favorites and inciting rebellion.  Irritated, Pomp abruptly left his post and headed for northern California.  There he met acquaintances from the Mormon Battalion who were now building a mill for John Sutter.  They let Pomp in on Sutter’s big secret: GOLD!  Pomp was probably one of the original forty-niners.  He didn’t strike it rich, but he did stay on for 17 years, most likely providing some sort of service to the gold diggers.


In 1866, Pomp heard of another gold discovery—this time in Montana.  Even though he was 61, he took two friends in search of yet another adventure.  By the time they reached Oregon, Pomp fell ill with pneumonia.  He died on May 16, 1866 at Inskip Station.  The Shoshone, however tell a different tale.  They believe that Pomp was reunited with his mother on Wyoming’s Wind River Reservation where he died in 1885.  Either way, he led a full life embracing adventure wherever it came. 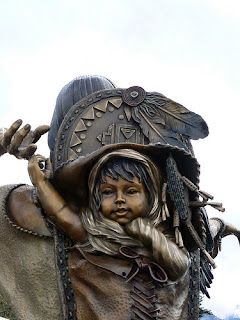